During an anniversary speech, artist and moron Axlwisp is kidnapped and held hostage, prompting reluctant hero Axi and a small group of companions to journey between dimensions to rescue him! Can you reassemble the mythical Keystone before it's vaguely too late?
-The non-canon/fangame predecessor to Axugaem2! https://voreda.live/game.php?id=39
-Explore Six lovingly crafted worlds taken from various locations in the Axuverse, from Carrie's home in Imperium's Olive Valley to Axi's hometown of Dystopolis, Earth, and to the vast expanse of space where 'Captain' and the X-Crew fight against alien empires!
-Control a party of four dynamic characters; switch between fan-favourite characters -such as Carrie and Linda- and more obscure faces -like Tick the cowardly thief and the inscrutable 'Captain'- as well as a couple of secret characters!
-Fight challenging boss versions of characters from varying settings who have been possessed by unknown magics!
-Use all your wits to collect 50+ hidden cards, fill out your Binder, and aspire to gain access to the legendary Holy Binder Club!
-Fetish Content: Though predominantly story-based, the game contains depictions of soft oral vore by multiple characters, as well as some stuffing and weight gain scenes. Certain characters can/will be able to eat enemies after unlocking special skills! 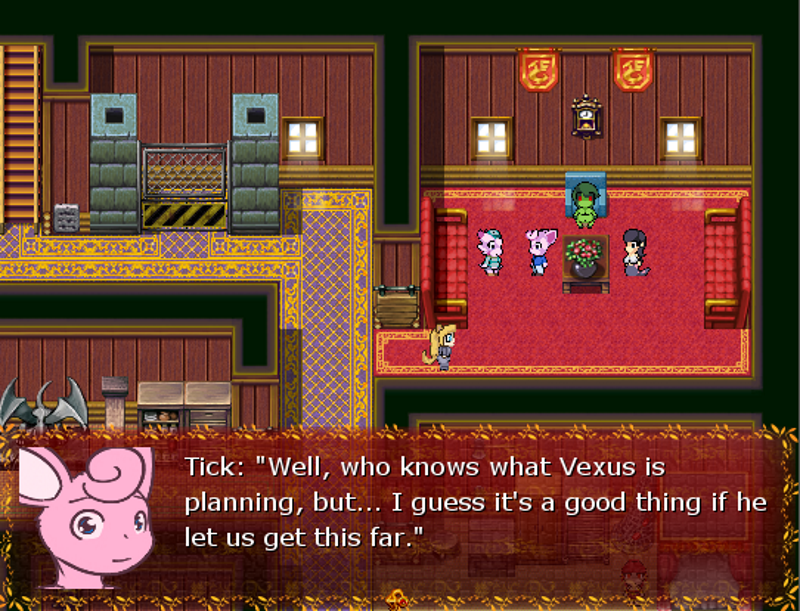 Review:
Great game really enjoyed it hope to see more of this in the future!